Glenn Billing Tells us about life after OHA UK 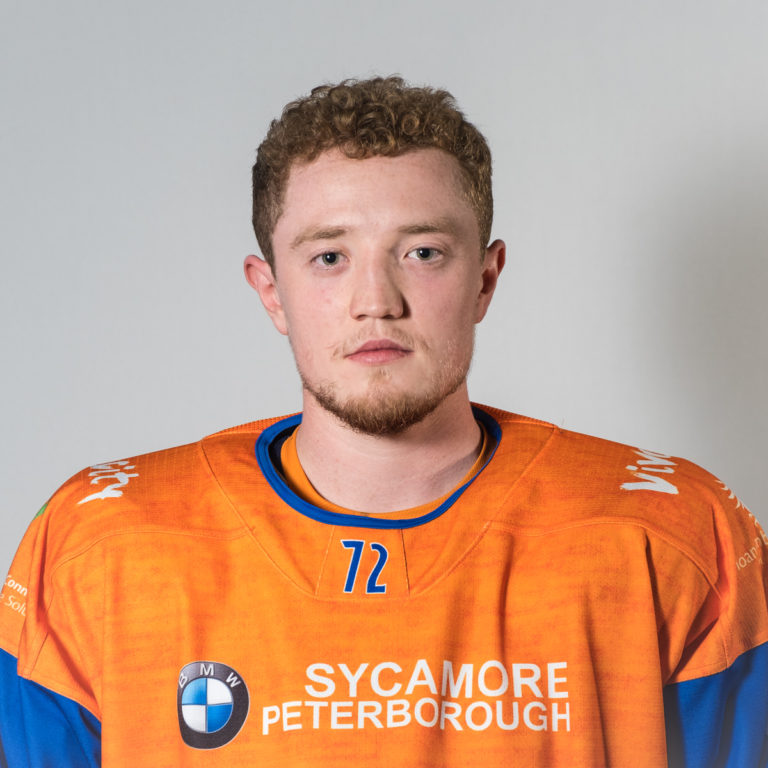 01 Jun Glenn Billing Tells us about life after OHA UK

Glenn Billing Tells us about life after OHA UK.

Can you tell us what you have been up to over the last few years since leaving OHA?

Since OHA I signed in Milton Keynes (MK) where I played for two years, which was great I really liked it there and we won two trophies in my second season which was amazing! I learned a lot there as it was my first full-time spot in the EPL, after experiencing it with Swindon whilst at OHA. After MK, I went to the Elite League, I signed a two way with Peterborough and MK. I felt at this stage it was great for me, training with guys at the elite level every day, whilst getting to play a lot of minutes and gain experience in Peterborough. I’m very grateful to both clubs, Pete Russell and Slava Koulikov for giving me great opportunities. Training with an elite league team is another step entirely, the speed at which they make decisions was much quicker. Learning from those calibre of players and challenging myself against them helped my game no end and the experience was unbelievable. Now, I love it in Peterborough, Slava has given me a big role in the team and I really enjoy it, that’s why I’ve stayed. I want to re-pay him for his trust and fortunately, we had success last season, winning three trophies which were incredible! We have a great group and it’s a real family feel from the owners to the supporters. Away from the ice, after leaving OHA where I completed my A-Levels, I took a couple of years away from study to focus on hockey, as I transitioned to pro hockey. I then went to Oxford Brookes University to study a Sports Rehabilitation, Fitness, and Coaching degree, in which I finished this week. I’ve also started my own sports massage business, working out of a local gym in Faringdon and have moved into an apartment with my girlfriend.

You have achieved so much in your young career. What has been your personal highlight to date?

There are a few things I’m proud of, playing in the elite league, winning the EPL trophies in MK, the bronze medal with GB in 1B (everyone thought we’d be relegated) and of course the amazing season we had last year in Peterborough! For me though, representing your country is a great honor, and winning a gold medal for GB at the world championships is a memory I will always cherish and the proudest moment of my career.

You have won some silver wear in recent years, which trophy means the most to you and why?

As before, the Gold medal with GB at the world championships is the proudest moment of my life to date. I’m proud of all the trophies I’ve been fortunate enough to win, from the nationals with Romford and OHA as a junior to last year, the memories made with great teams I was lucky to be apart of, but I’d say that out of the domestic trophies, the trophies we won last year I gave the biggest contribution to out of my pro career to date, so I’d have to say those.

You are now a key player in Peterborough and a player that any coach in the league would love to have on their team. How did OHA prepare you for the Progame?

That’s very kind of you firstly, OHA again is one of the best times of my life, the programme gives you the chance to train every day on and off the ice with elite coaching which is as close to pro hockey that you’ll get at the junior level. From learning systems to developing skills that may get overlooked with less ice time, to developing physically and mentally I learned so much at OHA I’m extremely grateful for the opportunity to go! In addition to the trips, they’re huge!  The chance to travel and play abroad against higher-level opposition was a great test and experience I’ll never forget! It’s as close to the pro game as you’ll get, learning how to prepare and plan nutrition-wise, physically and mentally are lessons which helped me greatly when stepping up. The memories we made on those trips are ones I’ll never forget and I made lifelong friends at OHA. Away from hockey, living away from home made me mature as a person. Looking after myself and independent study OHA promotes definitely made the step from school to university a lot smoother, as you have to time manage yourself and balance your life to get the most out of it! OHA helped me learn that and learn it fast. I would recommend OHA to anyone that can do it, because my life would be very different if I hadn’t had taken the leap and attended.