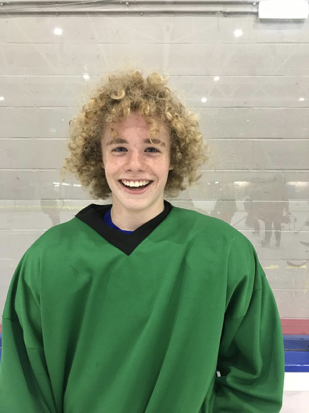 OHA UK is delighted to announce the signing of forward Josh Shaw. Josh has spent the last year training with OHA UK whilst playing for Swindon Leopards U15s. OHA UK has high hopes for Josh as he is expected to have a great hockey career ahead of him.

Josh’s father Ian said “Over the last season we’ve seen some big improvements in Josh’s ability’s during his ‘part-time Okanagan academy on and off-ice training’.

Playing with the team next season full time, with all the opportunity’s OHA has to offer, I genuinely think is the progression he needs to grow and develop further as a player.

We would also like to thank everyone in the Swindon academy for the last 8 years. Without them, Josh would not have been able to fulfill his next journey with OHA”.

OHA UK head coach Ryan Aldridge has built a great relationship with Josh already and expects him to do well with the team full time.

Ryan said “It’s great to have Josh join the Academy full time. I have had the pleasure of working a lot with Josh over the years, from teaching him how to skate when he first started, coaching him in camps, having him last year as a training player and now to a full-time Academy player. Josh is a great young man who will fit in great to what we are building here this year. I think this is a great step for him to help him meet his potential and reach his goals as a player.”

Moving from part-time to full-time with OHA UK is a big move for josh and will give him the opportunity to have personalised training sessions, more ice time as well as trips to Canada and Europe. During these trips he will be able to play teams abroad and gain a sense of the hockey culture in Canada.

Josh said “I am really excited to be joining OHA this season. For the past 8 years, I’ve had an amazing time at Swindon. I’ve always known that one day I wanted to join OHA, now the time has come, I’m sad to be leaving Swindon, but very excited for the new season and being part of the OHA team”.

Everyone at Okanagan Hockey Academy UK would like to welcome Josh to the team.

If you would like to know more about our hockey academy, please email office@hockeyschools.co.uk.