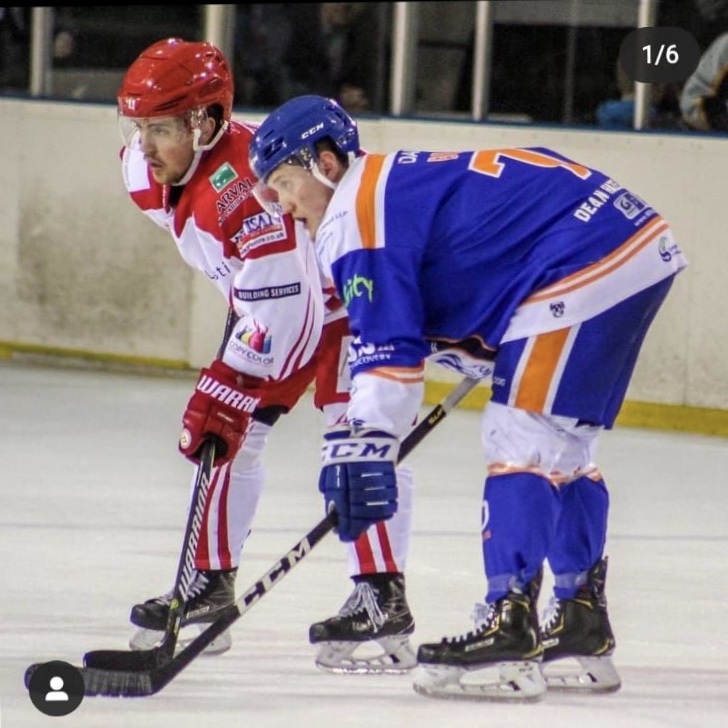 This week Peterborough Phantoms announced the signing of Glenn Billing for the 20/21season.

Glenn has been playing for the Phantoms since the 17/18 season and has been a key player for the team–helping them secure a whopping 3 trophies in the 18/19 season with 57 points in 40 matches.

“What can I say about Glenny? He is a coach’s “dream player”! Commitment, fitness, compete level; everything Glenny does has to be 100%; anything below is not good enough! Over the last three seasons, Glenny has developed into a top player in the league and plays a very big roll on our team.

Glenny is a very intelligent centre, who plays well in both ends of the ice and provides great links between all players on the ice. Glenny’s ability to read and anticipate situations gives him an edge above opposition and I am heavily reliant on him in all important situations. Glenny leads by example and reminds me of Luke Ferrara. I said when I worked withLuke: “If I could, I would clone Luke to have nine F’s for my team!” So, if I could now, I would clone Glenny too!” Slava continued. Another important thing is that Glenny wants to continue to improve & develop his game and I am really happy that Glenny has committed to Phantoms for the next two seasons!”

Glenn will join the Phantoms for the next 2 years alongside Luc Johnson for the first. Glenn and Luc played together for OHA during the 2014/15 season, Luc as captain and Glenn as an alternate captain. Both players have also played for team GBU20’stogether in the 2015/16and 2016/17 seasons as well as MK Lightning in those years.

“I’m really happy to have Luc joining our organisation! I got to know Luc as a player and as a person when we worked together at GB U20. Luc was a real leader in that team and showed a lot of good qualities on and off the ice. His team-first attitude, great game awareness and skillset remind me of Glenny when he first joined us. I believe Luc is the right fit for our team and I am looking forward to working with him this season!”

Luc Johnson recently posted pictures of the duo with the caption ‘Reunited and it feels so good, Everyone here at OHA UK would like to wish our alumni Glenn & Luc the best of luck for the 20/21 season.