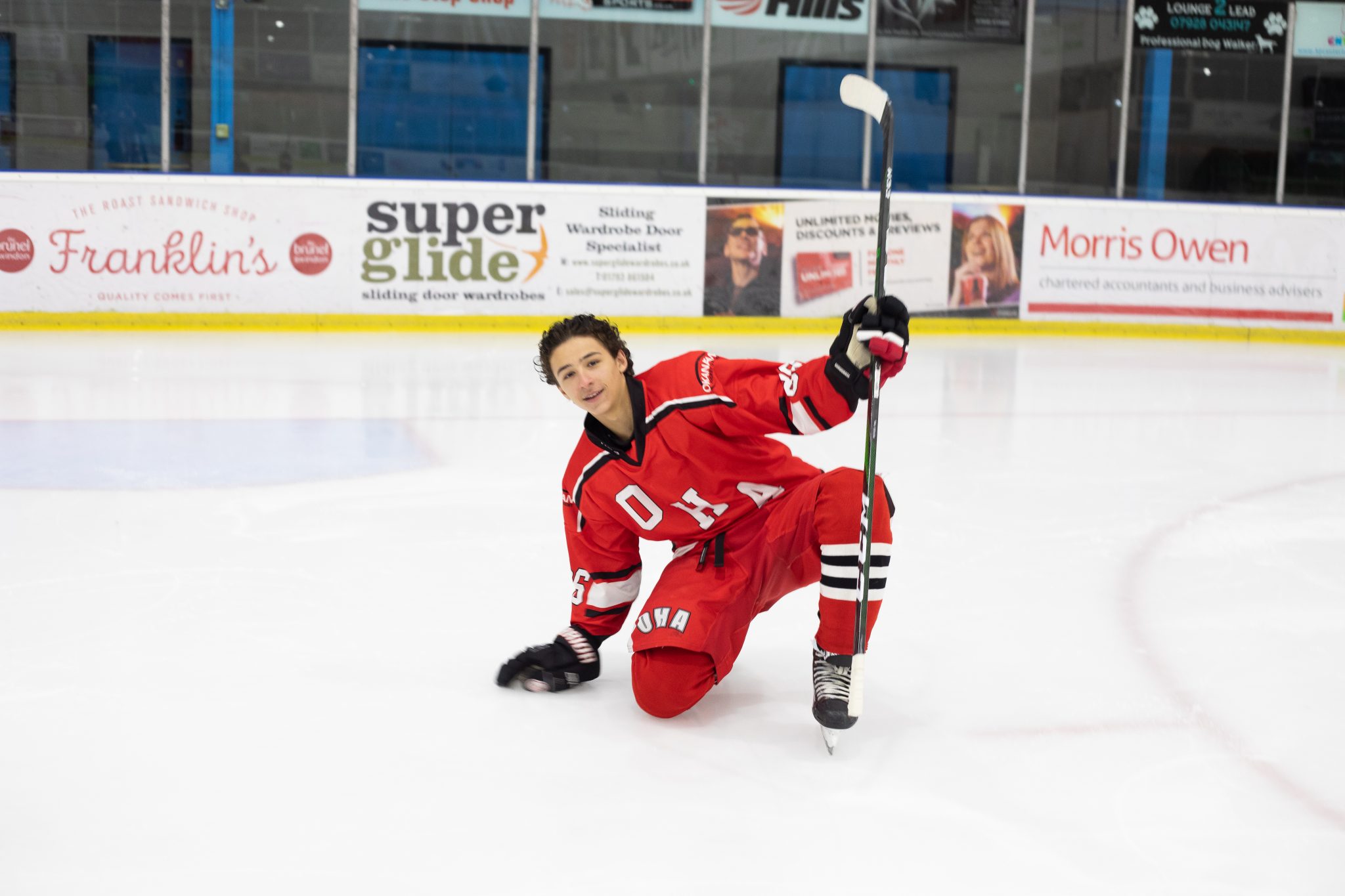 Posted at 11:22h in Events by Keziah
4 Likes
Share

Last Saturday saw OHA take on local rivals Swindon Wildcats in an U18 division 1 South match up.  OHA on the back of a promising performance against Slough Jets the previous week were looking to continue their recent good form.

OHA started well from the opening face-off, creating offense on the first rush of the game.  Oli Endicott cutting into the middle and forcing a save from Brett Masey in the Swindon net.  Masey was the much busier of the two Netminders In the opening 10 minutes of the match and Okanagan really forced the tempo and looked to open the scoring.  And at 9.58 they took the lead.  Good pressure down low in the zone from Cain Russell forced a turnover, with defenseman Joe Llewellyn firing a heavy shot from the blue-line.  The score line remained at the 1-0 till 24.46 when Okanagan doubled their lead. With a player each in the box, playing 4 v 4, a face-off win in the Wildcats zone, made its way to Bow Neely on point, who moved along the blue line to the middle and calmly found a shot through traffic. The hosts found a push back though.   Late in the 2nd period while on a power-play, a strong solo effort from Jasper Foster, cutting through the middle of the OHA defense and slotting home to take it back to a single goal lead at the break.

The 3rd period saw OHA put the pressure on as they went looking to seal the game, but Swindon defended well and with Massey in good form in the Wildcat net.  Several big saves kept the lead at one goal, and continued to frustrate the Okanagan team.   It wasn’t till 55.51 that OHA regained their 2 two lead and gave themselves breathing room.  This time good work from Josh Shaw to work the puck to Levente Pakozdi who then fed the puck D to D to Bow Neely.  Neely with a heads-up play found Cain Russell wide open on the back post who slotted home.  Aaron Moody capped a strong performance with his 1st of the game and OHA’s 4th to round off the scoring at 4-1 and two points for Okanagan.  The team have a weekend off now, before a top two match up at home to Guildford on Saturday 8th Feb at 1pm.

Okanagan Assistant Coach Jamie Elson said “It wasn’t the teams best display, but we still found a way to win and control the game for the majority.  It certainly wasn’t anything like the performance we had versus Slough last week but we are still very much moving in the right direction and seeing some great improvements in individuals which is pleasing.  We are slowly building some momentum and team identity and that’s important as we prepare for the final few months of the year and the trip to Toronto next month.”

OHA man of the match was Aaron Moody.