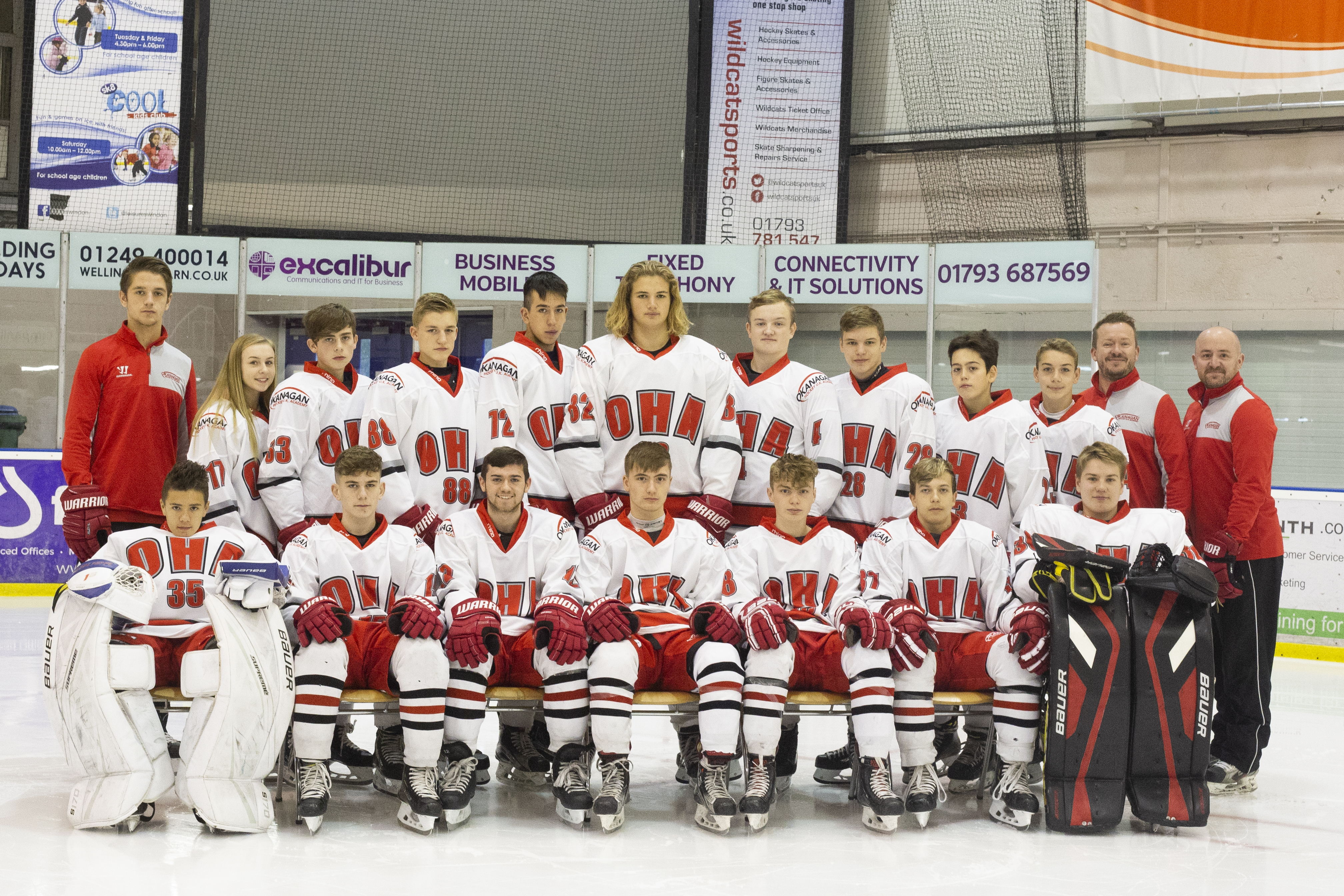 OHA UK kept up their pursuit of first place Swindon, with a 7-2 defeat of Cardiff on Saturday. With several players returning to the line-up, OHA started the game setting a fast tempo and playing a strong direct game. But a mistake OHA gave up an early 2 on 1, and Ciaran Norris capitalized to give Cardiff an early 1-0 lead. However, it only took just over a minute to tie the game, with Reed Sayers finding Jake Williams at the near post after a strong point shot from Ethan Mayoh was kicked out high into the slot. And a minute later OHA took the lead. Reed Sayers again providing the assist, battling under the goal line before feeding Jack Goodchild in slot, who followed up his own rebound after seeing his initial effort turned away. At the eight-minute mark the score was 3-1. With Okanagan on the Power-Play and breaking out of their own zone, Jake Williams carried the puck and cut back across the Cardiff defense before firing a neat finish over the Netminders shoulder. OHA was in dominant form in the opening period and not letting up. Soon they increased their lead to 4-1. After a face-off win in the offensive zone, Ross Thompson moved the puck to Aaron Moody on the wall who found an open Oli Endicott in the high slot, to apply a neat finish past Ben Scanlon in the Cardiff net. And OHA took their first period lead to 5-1 in the final minute as Reed Sayers again combined well with Jack Goodchild, picking off a Cardiff pass, before sliding the puck across the netminder for Goodchild to notch his second of the game.

The second period saw Cardiff come out refocused and taking the game to Okanagan more in the early stages, with OHA Netminder David Jilek called into action with some key saves. The game was turning into an end to end affair and it took until the 31st minute for OHA to really take hold of the game and close it out. A great shift from Lucas Arto, Aaron Moody and Oli Endicott saw them score two goals 13 seconds apart to take the game to 7-1 and effectively seal the two points. The sixth goal coming from Lucas Arto after neat redirect from Oli Endicott off a point shot from Jan Skorcik. The seventh coming after quick puck movement from Ethan Mayoh and Jan Skorcik released Oli Endicott through, only to see his shot ring the bar, but Aaron Moody driving the net applied the finish.

The third period saw OHA run into some penalty trouble as they find themselves killing several minor penalties. Eventually conceding a 5v3 goal on the Penalty Kill to make the score 7-2. Okanagan did push hard once back to full strength, but Ben Scanlan in the Cardiff net was called into making some big saves to keep OHA from increasing their lead further. After the game OHA UK Head Coach Ryan Aldridge said “We really saw some of our best hockey of the year in the opening 20 minutes. We played hard, intense hockey and really moved the puck well and got rewarded. It was probably the best opening 20 minutes we have played all season. We are starting to see lots of the work we are putting into practice transfer into games and that is encouraging. There are still lots of development areas for this group, but we are all moving forward and as we enter the second half of our season now, it’s time to kick on and really show what our potential is”

OHA UK are back in action this weekend when they travel to Cardiff this Sunday, face-off 12pm.