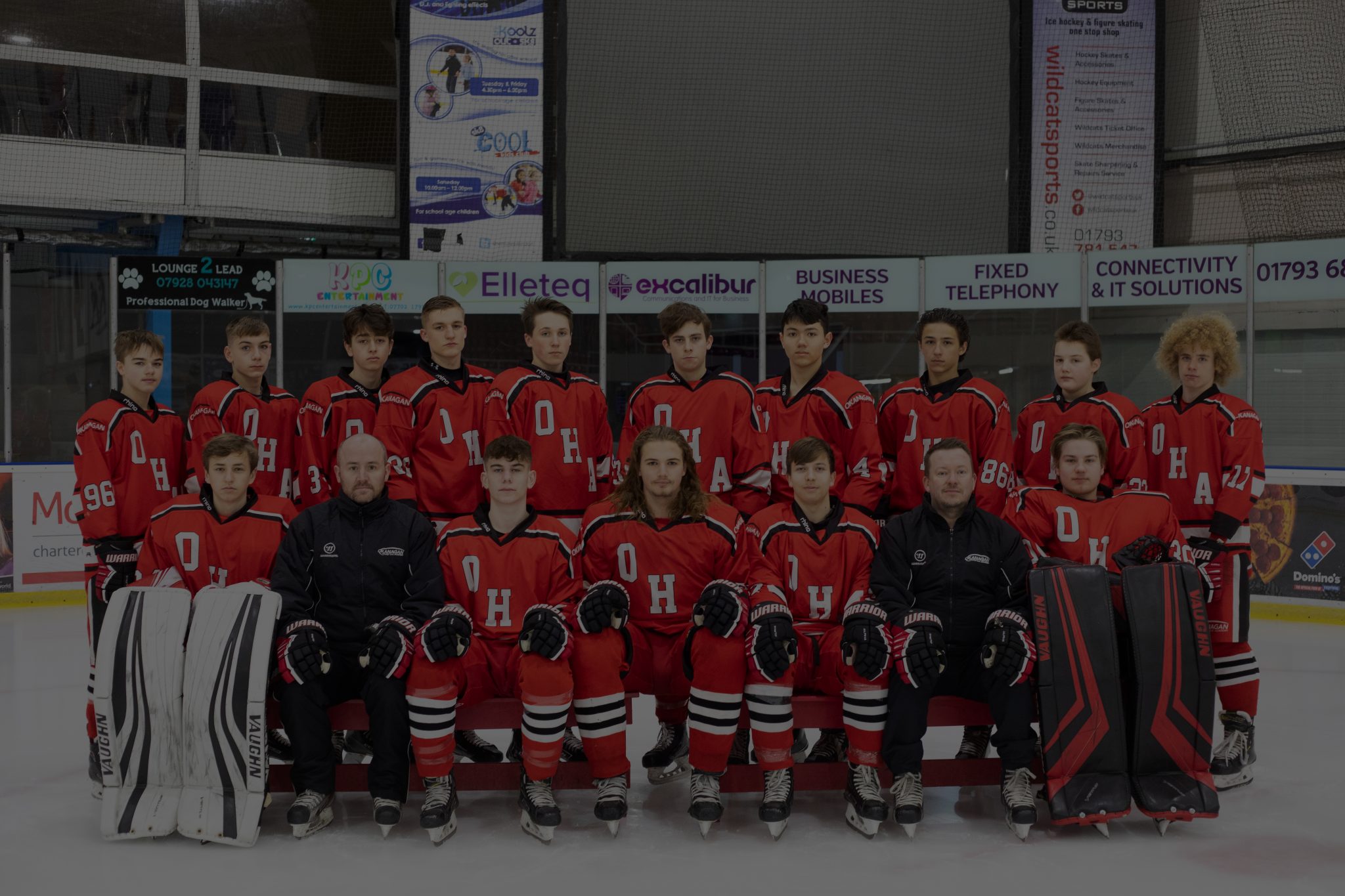 With the EIHA having to cut all Junior Leagues seasons to an early end due to the current Covid-19 pandemic, all league tables have been completed based upon each team’s win rate at the final weekend played.   It was disappointing not to get to complete the season in full, but a decision that had to be made for safety by the governing body.

And with the final league tables amended, it means that the OHA UK Class of 2019/20 are U18 Division One South League Champions, narrowly beating their close rivals Guildford into 2nd place.   With the two teams tied going into the final weekend of games that went ahead, and the two teams playing each other, that final game ended up being a league decider with Okanagan coming from 3-1 down to take an impressive 8-3 win and put themselves into top spot, securing the league title for the academy once again.  The 2019/20 season has been one of the most evenly contested U18 division for a number of years with all teams in the division very evenly matched, which has led to a very competitive competition, making it a very impressive result for this year’s group.

Although they didn’t get to complete their season and have the chance to compete at the National Finals, we would like to take this opportunity to recognize their success and achievement in retaining the League Title.

Okanagan Head Coach Ryan Aldridge Said “Obviously there is a lot going on right now in light of the current global pandemic.  And everyone’s priority was getting all our student athletes home safe and well prior to travel stopping.  The academy has remained busy as we have an online platform to continue our communication with our students as we support them with their on-going academics and off ice training from home.   But we feel it’s important that we recognize their achievement in being crowned League Champions for 2019/20, as well as their progression over the course of the year both on and off the ice.   This year’s group has been one of the youngest we have had here at OHA UK, and the growth we have seen from day one, up to the final game was huge, and a real success story.  Our journey after coming back from our first Canada trip and taking a heavy defeat against Slough, this team has re-grouped, re-focused, got to work and didn’t look back from that point.  The group deserve a lot of credit for what they have done since then.  And the League Championship is their just reward, and we want to make sure they know it hasn’t gone un-noticed”

Assistant Coach Jamie Elson added “Winning a Championship is a big deal at any time, and any age.   This group achieved this in a very competitive division, and as one of the youngest groups we have had, and we are immensely proud of them for their work and commitment to the cause over the year.  It certainly hasn’t been an easy season for them as we have battled numerous injuries and sickness, but as a group they stuck together and battled through to top spot.  We were starting to see the success for their hard work in the last few months as we had several impressive performances.  It’s a shame they didn’t get the chance to compete against the top Northern Teams at Nationals, but it’s one of those things.  We are looking forward to getting the majority of the group back together hopefully when this is all over and being able to congratulate them face to face.”

Everyone at OHA UK would like to say congratulations to the group.  League Champions 2019/2020 season!