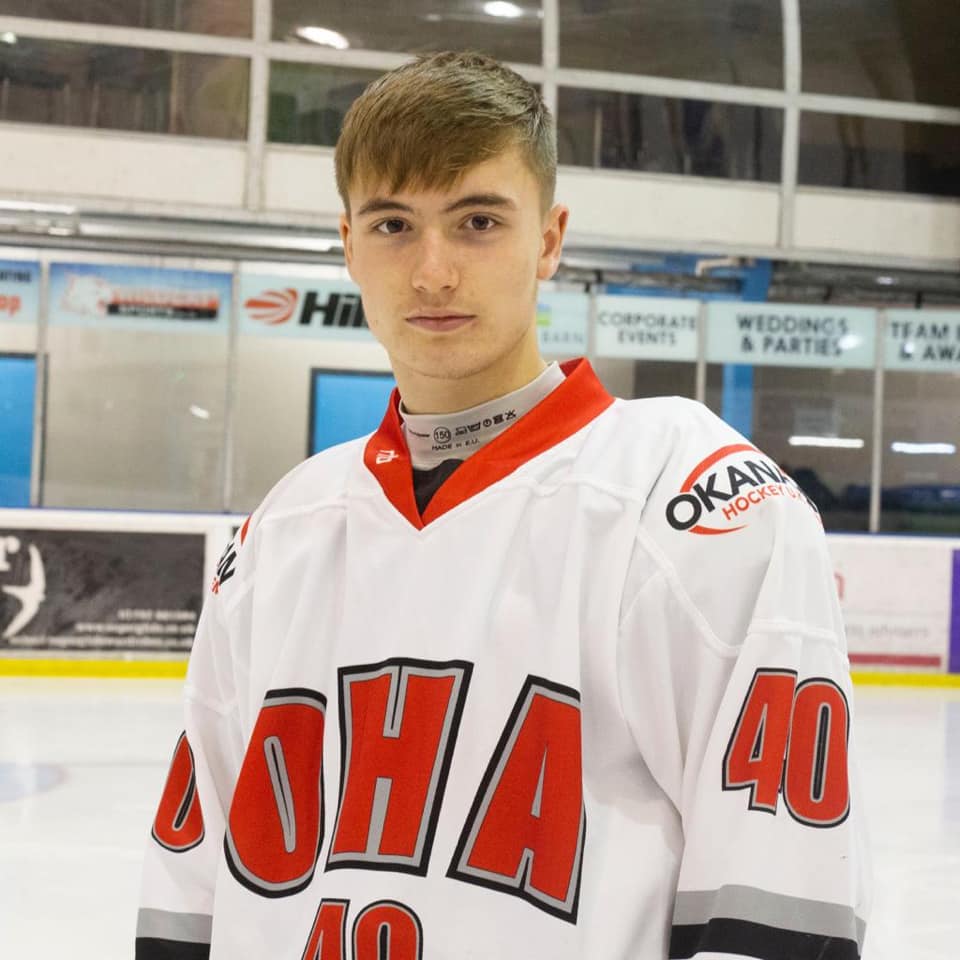 Okanagan Hockey Academy UK is pleased that Jake Williams has secured a place on a two-way contract with the Swindon Wildcats 2 and the Oxford City Stars for the new season.

Jake played in 38 games in his time with OHA and contributed 60 points over the two seasons he spent with the Academy.

Head Coach Ryan Aldridge commended his hard work in his time with the team.

“Jake has had a great year for us. He is a great young man who works hard every time he is on the ice. I am excited for him as he enters a new chapter in hockey as he graduates from us and I look forward to watching how he progresses this season with the help of both Aaron and Simon.”

Everyone at OHA would like to wish Jake the best of luck with Swindon and Oxford for the coming season.