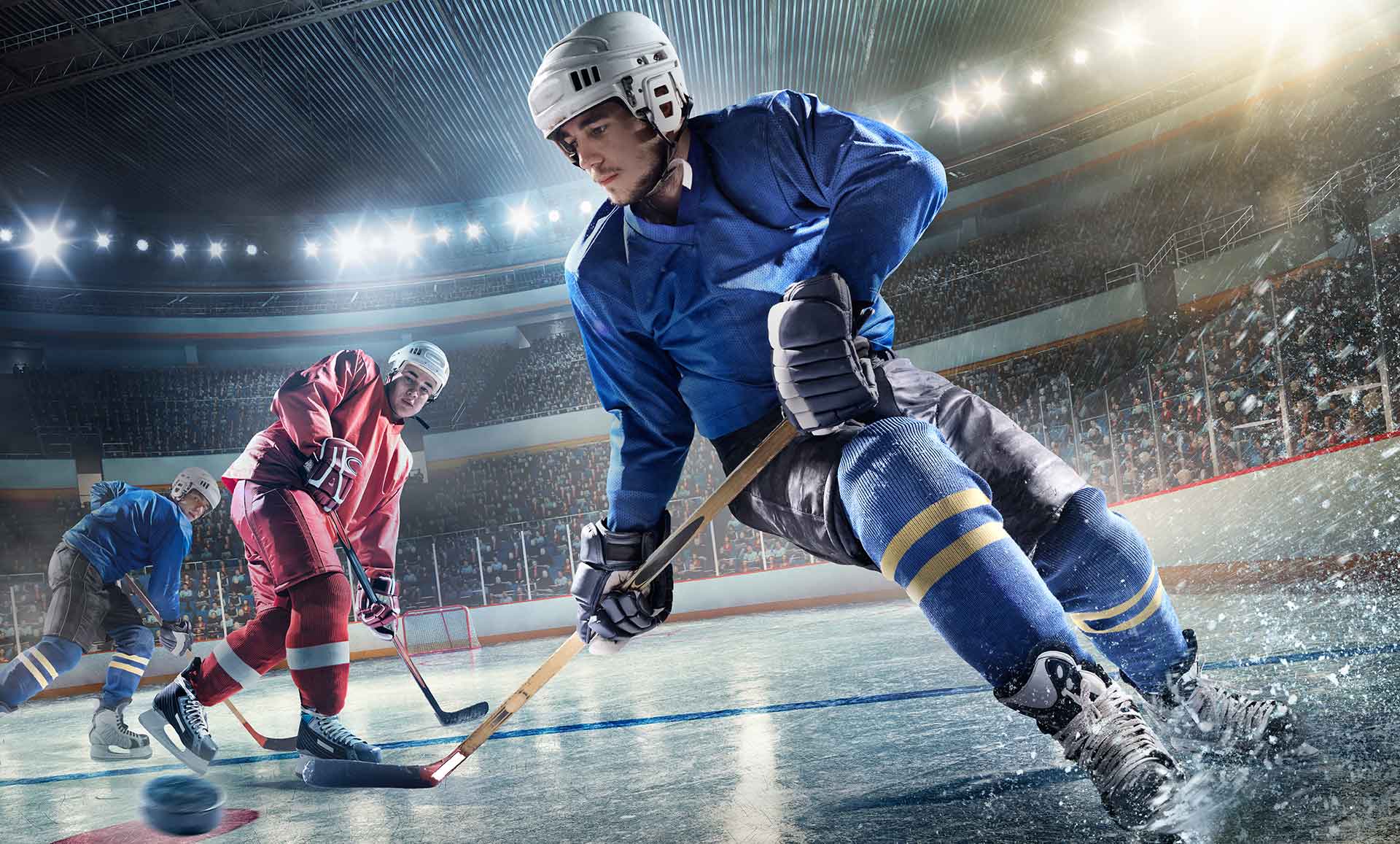 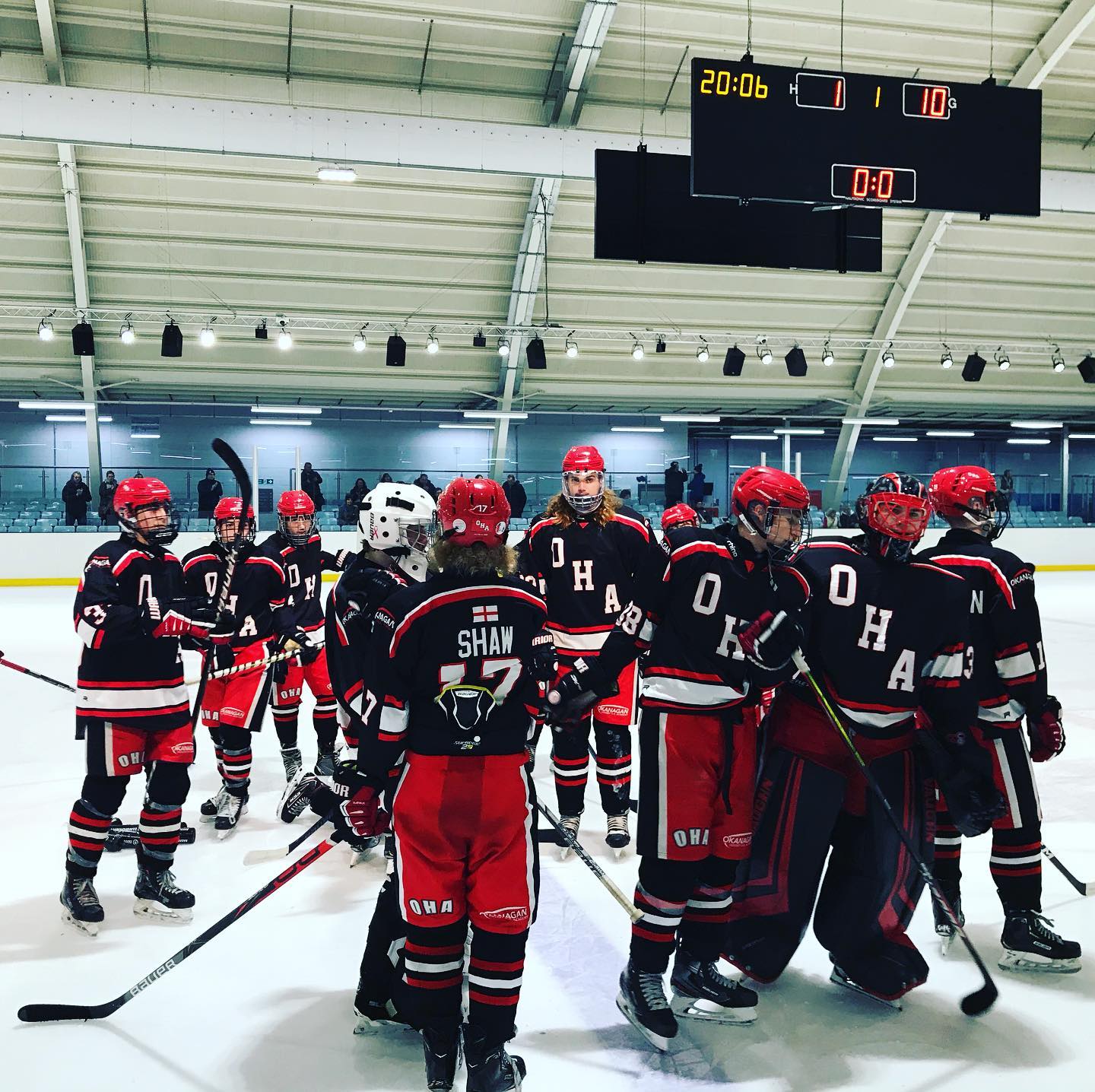 Sunday evening saw OHA UK travel up the M4 to play the Slough Jets U18’s in a 2nd vs 3rd match up of the U18 South division One.  With the teams having won a game each from the two previous encounters this season.

The first period started with OHA looking sharp and fast in their first game back after their recent trip to Toronto.  The opening line of Oli Endicott, Josh Shaw and Cain Russell moving the puck well and looking dangerous on the break as they called the Jets netminder into action on the first attack of the game. OHA found themselves on the first penalty kill of the game, with Oli Endicott serving a 2+10 for boarding. And with Slough’s Power-play having caused OHA problems in the previous match up’s it was a huge opening kill for OHA. The penalty kill unit worked hard as they really limited the Jets chances. The two best opportunities falling to Jets Jacob Soper and Juha Lindgren who saw their efforts saved by Mil Moons in net who was looking confident and controlled.  With momentum their way, OHA took the lead at 7.35, when after a fast break from Jack Goodchild, he pulled up and found Leo Pennisi driving the net who finished one handed beating the outstretched Jets goalie. And Pennisi then turned provider, finding line mate Aaron Moody who applied a calm finish to take OHA into the break, up 2-0.

The 2nd period really saw Okanagan step up a gear and produce one of their best periods of the season. After conceding a goal on the break at the end of an early power-play,   Josh Saw took the game to 3-1 with a clever net front re-direct, before Jack Goodchild quickly added a 4th on a fast break, slotting the puck nearside post off a quick release. Cain Russell got the first of what would be a hat-trick performance cutting in from wide.   And with the period winding down, OHA took the game to 6-1.  Aaron Moody notching his second after great puck movement from defensemen Bailey Perre and Ross Thompson.

The third period, so the visiting Okanagan team keep applying pressure and playing fast attacking hockey as they wound up 10-1 winners in an emphatic performance.  Josh Shaw, Jack Goodchild and Leo Pennisi all notching their second goals of the game. Mil Moons in net turning away 24 from 25 shot to earn the man of the match award for OHA UK.

Okanagan Assistant Coach Jamie Elson said “It’s a big win and 2 points for the group today, but even more pleasing was the overall level of performance as a team.  I think it really showed how far this group has come year to date, and the benefit of the trip to Canada last month and playing such high level opposition through that week.  We worked hard as a group, had contributions from everyone, all over the ice and it was probably the best performance year to date.  It was a great display from the group”

OHA now go joint top in the league table, with just 7 games remaining, and welcome Basingstoke U18’s to the link center this Saturday, with face-off at 1pm.