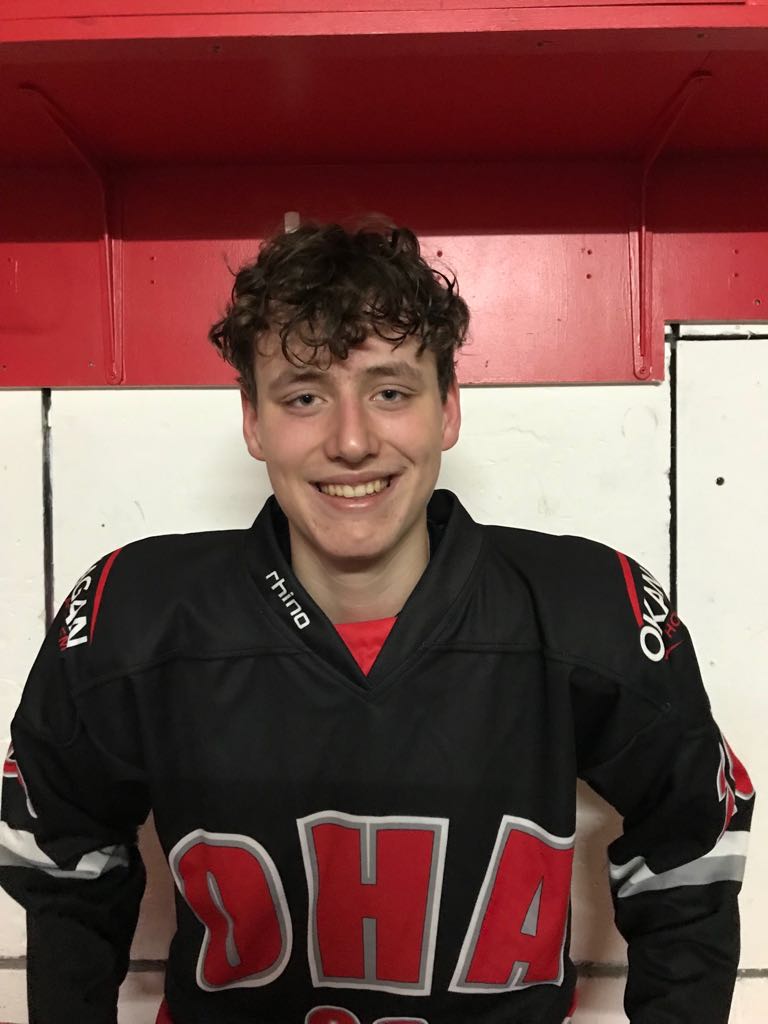 Dutch National Sam Taci, born in Valkenburg, has moved to the United Kingdom. He has joined the UK’s only full-time ice hockey academy Okanagan Hockey Academy UK. New recruit Sam has moved from the Swedish team, Visby Roma. Standing at 6’4” and 92KG Sam will add more size and strength to OHA UK’s D-core on the ice.

Sam is a product of the Geleen Smoke Eaters junior ice hockey program in the Netherlands. He has come to our UK academy to raise his game and further develop his on-ice skills. Sam will also be working hard in full-time education. He is going to be attending Swindon Academy; a local school that has topped the GCSE performance table.

New Recruit Sam Taci said “I left home because hockey in Holland isn’t as good, so I wanted to elevate my game; I’ve found OHA UK to do that. I have found OHA UK to be really well organised. I like the ice sessions and I have a great Billet family. The Guys on the team are fun and everything is good here. I’ve fit into the team really well. It’s been good fun, laughing and everybody picked me up really well. So everything is really good.”

Head coach Ryan Aldridge said “Signing Sam at this point in the season is a real plus. He has fitted into the team very quickly. We are all looking forward to this weekend when he plays his first game for us. I am very pleased to have recruited him as he adds more size and strength to our line up. Sam will be a massive asset to us throughout the season.”

Are you or your child interested in joining OHA UK as a recruit?

Alternatively, take a look at our Benefits and Overview page.